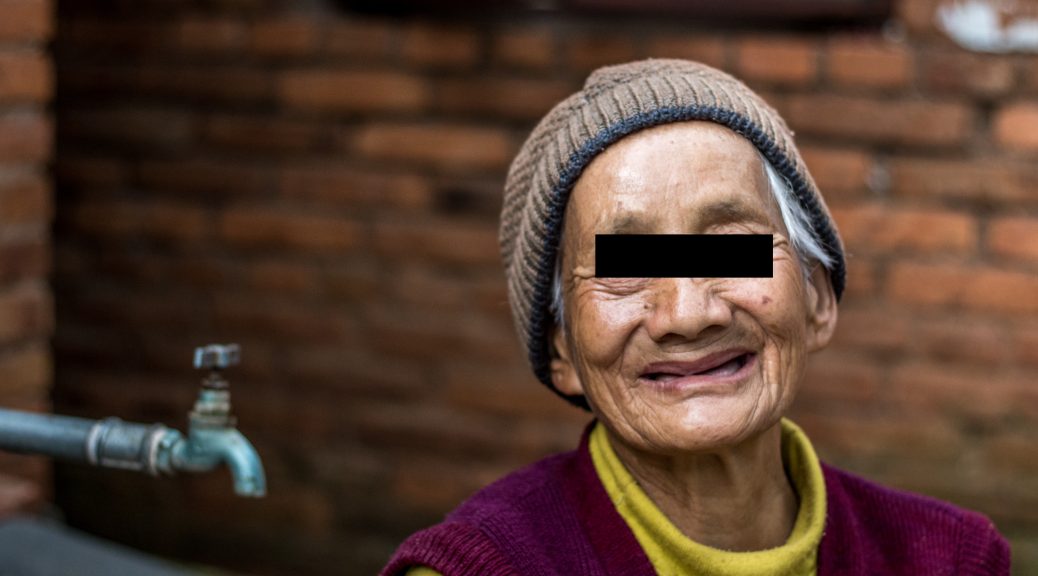 The story of Su:

Su was only 18 years old when she contracted leprosy. Su was just getting to start her life, fall in love, travel and live the normal life of a young woman. There could not have been more devastating news for this poor young lady to receive. Su was consumed with sadness and confusion. “How could this happen to me?” she thought to herself over and over again, but it was too late, there was nothing she could do. Treatments for leprosy were not available to her.

She was instantly shunned from society and forced by officials to enter a far-off remote quarantine village. Her own family accepted this fate due to their fears of being infected. Everyone around her believed that she was contagious and that made everyone extremely afraid to be anywhere near her. Just as her life was about to begin… leprosy brought her life as she knew it to an end. Her new home was on a high mountain with no road in or out. It was there that she lives to this day in isolation along with other leprosy victims.

Su had two older sisters and one younger sister. She could not contain the grief in her soul knowing that she may never see her parents or her sisters ever again. Now, almost 63 years later. Su is 81 years old. Her two older sisters died, and now she just has one younger sister. After she got leprosy, her family was afraid of her and dared not come to see her. They were afraid of being infected, so she lived sequestered in the leprosy village for 63 years.

Even after all these things, Su still believed in Jesus as Lord and Savior and put all her hope in him. Although no family or friends ever came to visit her, the hole in her heart caused by loneliness and grief has been filled by the power and love of the holy spirit. When I had the chance to ask Su about her family, she looked right at me and said, “You are my family.” She is grateful for the care and the friendship that our team, and other Christians, have given her.

Because of the faithful supporters of His Feet International, Su has experienced the love of Jesus, been discipled, and provided for.

Su’s story is very similar to the life of many of the brothers and sisters who have been affected by leprosy. They are shunned by society and left isolated in a leprosy colony. The villages are difficult to get to, often hidden away.

His Feet International regularly cares for the needs of several leprosy colonies in the world’s most populated nation. Providing food and medical care to clean ulcerated wounds are two of the most common physical needs we try to meet regularly. Sharing Jesus’ obvious love for lepers and the message of his death and resurrection is how we serve them spiritually. Thankfully there has been a steady harvest of people placing faith in Jesus from our leprosy ministry.

P.S. The photos of Su's face have been covered due to the harsh laws and gospel-restrictions in her nation. In order to insure Su's safety and security we have covered a portion of her face. If you feel led to donate to our leprosy ministry and play a part in reaching these precious souls, please click the button below.